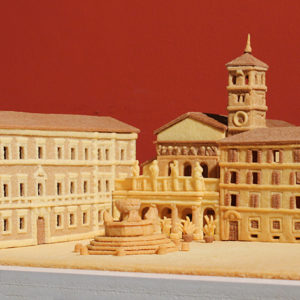 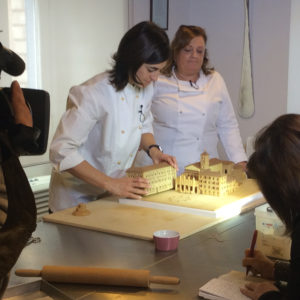 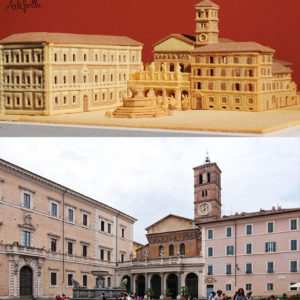 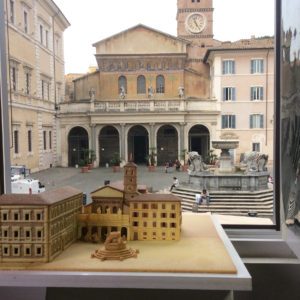 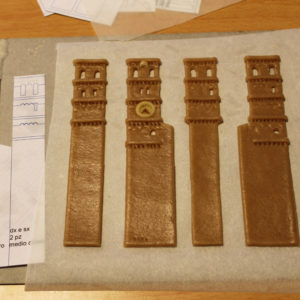 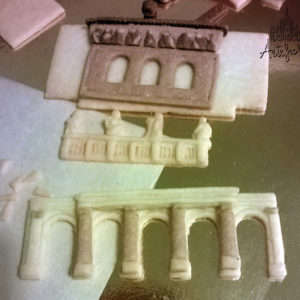 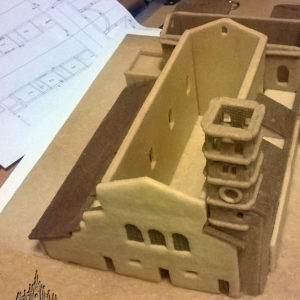 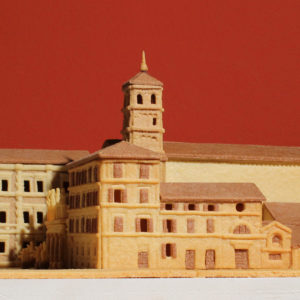 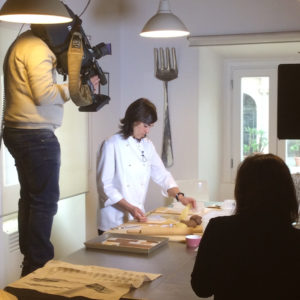 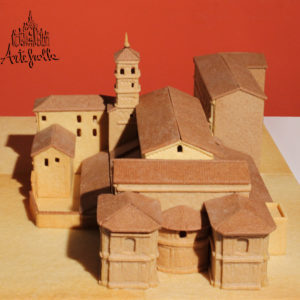 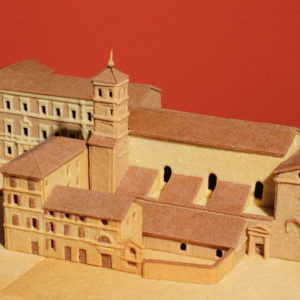 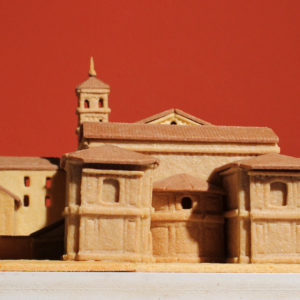 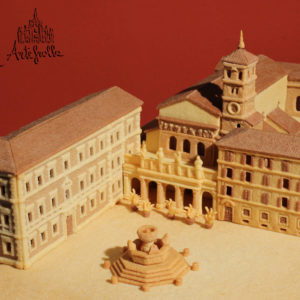 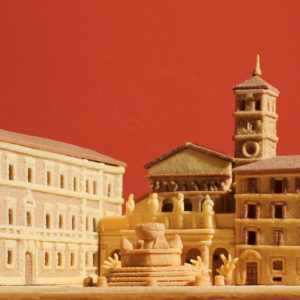 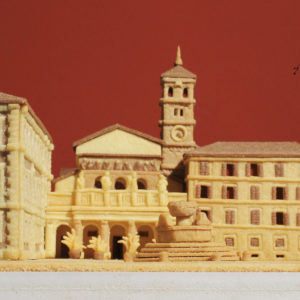 This creation has been realized for a TV program called ‘Costume e Società’ on RAI 2 (Italian Radio Television) broadcasted on 1th of march. The location for this show was a food school called ‘Trustevertastes’ which is located in Santa Maria in Trastevere Square, in Rome. This is why I chose this subject.

To make this, I used 8 kg of shortbread of thre different colours.

I spent 100 hours on this project, in designing, cutting and cooking the pieces and building it. The pieces are held together with sugar paste.

The realizzato of Santa Maria in Trastevere.